The Secret Intelligence Service (SIS), often referred to outside the Service as MI6, has its iconic headquarters at Vauxhall Cross. Our mission is to provide Her Majesty's Government with a global covert capability. We collect secret intelligence and mount operations overseas to prevent and detect serious crime, and promote and defend the national security and economic wellbeing of the United Kingdom. We work closely with the MI5 and GCHQ, and the secret nature of our work means we operate within a strict legal framework and report to government ministers. It takes people from a wide range of backgrounds with a variety of different skills to help counter the increasing number of threats to the UK. But they all share the same mission – to protect the country, its people and interests.

Our people are at the heart of our mission. We fulfil our operations in a number of ways – with the information our agents provide, the technical resources at our disposal and our close relationship with foreign intelligence and security services. These include The Security Service (MI5) and GCHQ, as well as other UK law enforcement agencies and government departments.

Sir Alex Younger is the sixteenth Chief of SIS and the only serving member of the Service officially named in public. And like every Chief since the very first, within the service, Sir Alex is simply known as “C” and writes only in green pen. Since taking up his post in November 2014, C is at the helm of all operations globally. Held accountable by the Foreign Secretary, his vision and overarching aim is for SIS to remain as one of the foremost intelligence agencies in the world.

Before joining SIS, Sir Alex began his career as an officer in the British Army. An economics graduate, he joined SIS in 1991 and has been an operational officer for the Service ever since. From a wide range of roles in London, where he led counter terrorism operations in the lead up to the 2012 Olympic Games, to postings overseas where he was the Senior SIS Officer in Afghanistan – his work, like that of all our officers and agents, has helped make SIS the outstanding organisation it is today. 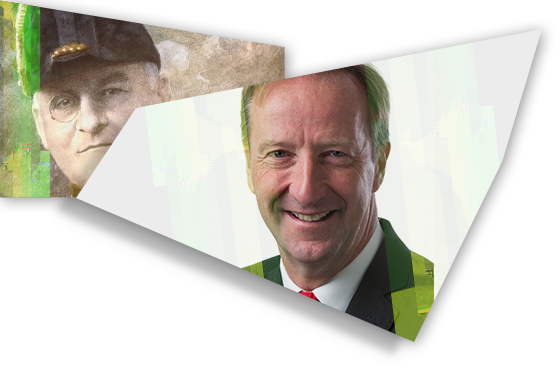 A message from the chief

Our people are our strength, our most precious asset. They are what makes MI6 the world renowned institution it is. What we have in common is a determination to make a difference to the things that matter to our country; keeping our nation safe and prosperous. This is our shared purpose. But I want this shared purpose to be achieved by a workforce as diverse as the country it serves.

As you will expect, our mission is challenging and complex. Our aspiration is to create a workforce of individuals as unique as the challenges we face. We recognise that the more diverse the contribution, the better the solution and the greater the impact of our work. We need to harness the talent and diversity that Britain has to offer. It is our ability to do so that will give us the critical edge over our adversaries, both now and in the future.

As an equal opportunities employer, we recruit, train and promote based on merit. We value and encourage difference, including background, perspectives and working styles. We have various work streams to ensure we make the most of the huge range of skills our staff hold and we endeavour to accommodate personal circumstances. An increasing proportion of our workforce work part time or flexibly according to their preference. This adds to our agility as we work in increasingly diverse ways.

We are determined to continue to build on the progress we have made to build an inclusive and representative Service. So, if you are tempted, interested, or teetering on the edge of pressing that button – maybe you think you aren’t ‘from the right mould’, don’t have the ‘correct’ experience or did not go to the right university(!) – I would urge you, strongly, to apply. Anyone who shares our commitment and values will be half of the way there. And you might just find the career you’ve been looking for!

Tackling the threats to our national security

The risks to UK security, as identified in the National Security Strategy, are becoming increasingly diverse. Past threats were more predictable, but today’s adversaries are constantly changing. So the ability to adapt and combine the UK’s collective security resources is paramount.

SIS plays a prominent role in supporting UK national security against three of the four highest priority risks – by countering international terrorism, combating weapons proliferation, supporting stability overseas and securing the UK's cyber advantage. As laid out in the Strategic Defence and Security Review, we focus on identifying risks and opportunities at the earliest possible stage, shaping developments and preventing threats from emerging.

The UK Government is working to combat the international proliferation of Chemical, Biological, Radiological and Nuclear Weapons (CBRN) and SIS plays a crucial role.

We obtain intelligence on states that aim to get hold of these weapons, and disrupt their efforts and stop their proliferation. One of our highest profile successes in the area was our role in putting AQ Khan, who ran the largest nuclear proliferation network the world has ever seen, completely out of business.

Working with the UK’s other intelligence agencies and partners overseas, we also help to ensure UK weapons exports are rigorously controlled so they don’t get into the hands of terrorists or states.

Terrorist threats to the UK and its interests overseas could come from a number of terrorist organisations and their supporters, both inside and outside the UK. As these threats become more diverse and unpredictable, SIS plays an active role in reducing the risks to the UK.

The Strategic Defence and Security Review sets out the UK’s overall approach to counter terrorism. This focuses on gathering and assessing intelligence, investigations and disruption, preventing people from becoming terrorists, and protecting critical national infrastructure and crowded places. This is summed up in four stages – Prevent, Pursue, Protect and Prepare.

We detect and disrupt overseas terrorist threats to the UK and its interests, in partnership with the other UK agencies, close allies and partners. One of our main activities is recruiting foreign agents who provide key intelligence on terrorist plans and organisations. Working closely with the Security Service (MI5) we also disrupt threats in the UK, where the threat has an international angle.

The world increasingly interacts digitally through cyber space. Alongside the many benefits, it leaves individuals, organisations and governments open to cyber risks. These include the possibility of hostile cyber intrusions or attacks against the UK and the UK’s interests. The National Security Strategy identifies this as one of the four main areas of security risk to the UK.

Working as part of a cross government effort, SIS provides secret intelligence to help protect the UK from current and future cyber threats from a range of cyber actors whether from hostile states, terrorists and/or criminals.

We know that instability and conflict overseas can create weak governments and poor security – just the right environment for terrorists and organised crime groups to thrive. Terrorist groups increasingly recruit, plan and direct their global operations within conflict-affected states.

SIS works with our foreign partners and UK enforcement agencies to disrupt criminal activity. Through the work of our secret agents, we provide intelligence to the UK Government and provide early warning indications of potentially hostile threats. The work we do, including the strategic insight and understanding we provide, informs policy and decision-making – often leading to early political intervention to prevent prolonged instability.