In the early 1900s, the British government was increasingly concerned about the threat to its Empire posed by Germany’s imperial ambitions. This led to scare stories of German spies and even the Director of Military Operations was convinced that Germany was targeting Britain. These rumours proved to be overblown, but the Prime Minister, Herbert Asquith, reacted to popular concern. He ordered the Committee of Imperial Defence to look into the matter and they established a Secret Service Bureau in July 1909.

He was an unusual choice, having neither intelligence experience nor linguistic skills. But he was recommended for the role due to ‘special qualifications’. He was, however, a workaholic and commenced his duties in October 1909, a week early. So it is no surprise that his diary entry for that first day stated that he 'went to the office and remained all day, but saw no one, nor was there anything to do there.'

In 1911 the Section was on the move again – this time to 2 Whitehall Court, next to the War Office and close to the Admiralty and Foreign Office, providing more space for the growing service. During the First World War, the Service’s role – and its workforce – grew, which led to expansion into other offices. Potential officers were interviewed and assessed at a location in Kingsway, while a ‘very secret’ Air Section was based in South Lambeth Road.

Following the outbreak of war with Germany in 1914, the Foreign Section worked more closely with Military Intelligence. In 1916 it even adopted the cover of MI1(c), part of the War Office.

This was a period of dramatic growth and change for the Service, but its work had a major influence on the eventual victory.

In November 1914 British intelligence in the Netherlands was approached by Karl Krüger, a former German naval officer. He possessed access to a wide range of information on naval construction and fleet dispositions and was willing to sell these secrets at a price. Krüger provided vital intelligence for the rest of the war including crucial revelations regarding German losses at the Battle of Jutland in 1916.

‘La Dame Blanche’ was a network of spies in German-occupied Belgium that provided valuable information on German troop movements. Its two leaders, Walthère Dewé and Herman Chauvin began work for the British in 1917. Cumming’s organisation took over responsibility for the network and by the end of the war ‘La Dame Blanche’ had expanded to almost 800 members – many of them women.

By watching German trains passing through Belgium, day and night, they provided important data to British intelligence in the Netherlands. Messages were carried using a variety of methods – in one case, a midwife, whose job allowed her to cross military lines, regularly carried reports wrapped around the whale bones of her corset. By the end of the war, intelligence from ‘La Dame Blanche’ provided the British with details of German troop movements through occupied Belgium on almost a daily basis. 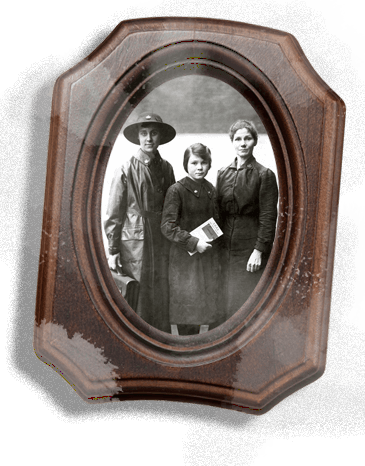 Cumming’s organisation relied heavily upon women to carry out duties as secretaries, typists, clerks and drivers. Both married and unmarried women were recruited and their pay was higher than that of most of their contemporaries in other departments. There was also a role for military personnel whose wounds rendered them no longer fit for service at the front.

The rise of the Bolsheviks in Russia and their establishment of a communist state became the Service’s main focus after their war. One undercover agent was Paul Dukes, who went into Russia in late 1918, posing first as a post office clerk, then an epileptic and eventually, ‘Comrade Alexander Bankau’, a soldier in the Automobile Section of the VIIIth Army. Dukes reported on living conditions, and when he based himself in Petrograd (modern-day St Petersburg), he monitored the movements of the Baltic Fleet.

Cumming’s concerns about secrecy were so strong that some visitors had to go to an office off the Strand, where they would be given the Holland Park address. He even considered not revealing the address to the Director of Military Intelligence.

The origins of the use of ‘MI6’ are to be found at the start of the Second World War when this abbreviation was adopted as a flag of convenience for SIS. It was used extensively throughout the war, especially if an organisational link needed to be made with MI5 (the Security Service). Although 'MI6' officially fell into disuse years ago, many writers and journalists continue to use it to describe SIS.

The 'Father' of SIS

In its first 17 years, SIS had been based in four different buildings around London as various senior figures had tried to establish its role. In 1926 Sinclair moved the Service and GC&CS into Broadway Buildings, 54, Broadway, near to St James's Park Underground Station. On the outbreak of the Second World War, GC&CS established itself at Bletchley Park while SIS kept its headquarters at Broadway. It was the Service’s home until 1964.

As the menace of Nazi Germany increased in the late 1930s, SIS began to prepare for the possibility of war. One move in 1938 was the establishment of Section D under Laurence Grand. Section D’s aim was simple – ‘to plan, prepare and when necessary carry out sabotage and other clandestine operations, as opposed to the gathering of intelligence.’

Grand laid plans for targeting Germany’s electricity industry, phone communications, railways, food supplies and agriculture. He also wrote a report on how to defend Britain against sabotage – including the protection of power stations and communications.

In July 1938, Hugh Sinclair bought Bletchley Park in Buckinghamshire for £6,000 as a wartime base for SIS and GC&CS. In September 1938 during the Munich Crisis, Head Office and GC&CS staff were transferred to Bletchley, before moving back to London once the crisis subsided. In early 1939 a 24-hour SIS communication service with four transmitters and six receivers was set up there. Members of Section D also moved to Bletchley in early 1939 to develop sabotage material, including incendiaries and plastic explosives.

As war loomed, SIS and GC&CS moved to Bletchley Park. The former soon returned to London while the code breakers stayed on.

Hugh Sinclair died in November 1939 and was replaced by Colonel Stewart Menzies, who had served as his deputy. Menzies took over a service comprising 42 officers and 55 secretaries.

Becoming Chief just two months after war was declared, Menzies oversaw a dramatic expansion of both SIS and GC&CS in the fight to defeat the Axis powers. By the beginning of 1944, 837 people worked at SIS headquarters. Menzies had played an important role in the ‘secret war’, keeping his position when many around him lost theirs.

‘Service Clarence’ was one of the most successful SIS networks in Belgium during the war, led by Hector Demarque and Walthère Dewé, who had earlier played a leading role in ‘La Dame Blanche’. Throughout the war ‘Service Clarence’ provided valuable information on a wide range of enemy activity including coastal defences, the effects of Allied bombing and the location of German units.

The ‘Alliance’ Network in Occupied France was led by Marie-Madeleine Fourcade – described after the war by an SIS officer as the ‘copybook beautiful spy’. The network was extensive – by August 1942, a breakdown of members listed 145 agents. It was a source of high quality and detailed intelligence on enemy troop movements, German order of battle, and Nazi secret weapons. 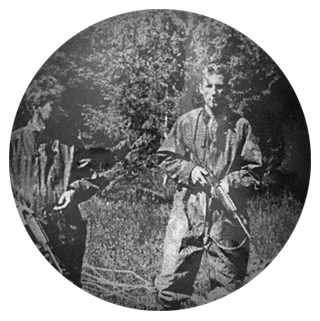 The ‘Makir’ wireless station in Occupied Norway sent many messages to London reporting on the German occupying forces. It was run by Oluf Reed Olsen, who was parachuted into Norway in 1944 and set up the station near the entrance to Kristiansand Fjord. He reported on U-boat activity and German order of battle. His camp had to be well camouflaged to avoid detection and silence was vital. Their vigilance paid off and they transmitted up to ten messages a day for over six months, without detection.

Until the middle of the war, training of SIS officers and agents had, to say the least, been haphazard. But, as the Service continued to expand at a rapid rate, the need for more systematic training was recognised. So, in 1943, Commander Kenneth Cohen was appointed Chief Staff Officer, Training.

The first course in the summer of 1943 was attended by three officers and the next, in September, by ten. By this stage, the Training Section was already producing instruction books and manuals for overseas stations. By 1944, the Chief noted the beneficial impact better training was having on his staff.

In preparation for the Allied invasion of France in June 1944, SIS collaborated with its American and Free French allies in the creation of special teams of agents. Codenamed ‘Sussex’ these men and women, working in pairs, were to be dropped behind enemy lines to provide front-line intelligence after D-Day. By August 1944, just two months after the invasion, over 30 teams were in France and they had transmitted over 800 messages.

Even as the Second World War was drawing to a close, SIS was preparing to meet new challenges in what soon became a ‘Cold War’. Amongst the internal changes within SIS was its absorption of the Special Operations Executive (SOE), another wartime secret service specialising in clandestine warfare.

In 1948 SIS and the newly created US Central Intelligence Agency (CIA) held the London Conference on War Planning. This was attended by senior CIA officials and the agenda covered a range of practical issues in the event of war with the Soviet Union. These included joint handling of tactical intelligence, stay-behind projects, special operations planning and common training. The conference led to long-term liaison and a further meeting in 1949 in Washington cemented these close relations.

Dick White is the only person to have headed both SIS and MI5. He was Director General of MI5 from 1953 until, in 1956, Prime Minster Eden asked him to take over SIS, where he remained until 1968.

In 1964, White oversaw the move of the Service from Broadway Buildings to Century House, a tower block in Westminster Bridge Road, Lambeth. This modern building was better suited to the Service’s needs and was its home for thirty years.

In 1994 SIS moved to its present headquarters, Vauxhall Cross, which has become easily identifiable from its appearances in several James Bond films.

The architect Terry Farrell won the competition to develop a building on the site and took his inspiration from 1930s architecture such as Battersea and Bankside power stations, as well as Mayan and Aztec temples. With 60 different roof areas and six perimeter and internal atria, it incorporates specially designed doors and 25 different types of glass to meet the Service’s specific needs.

Vauxhall Cross was officially opened by Her Majesty the Queen in July 1994 and has been home to SIS ever since.

The Intelligence Services Act 1994, was the first public acknowledgement of the existence of both SIS and GCHQ. More importantly, it also defined the Service’s role and set out the legal parameters under which it was to operate. The Act also established the Intelligence and Security Committee in Parliament to scrutinise all three intelligence services.

Our authorised history ends in 1949 and the secret nature of our work means we cannot give much information on our operations since. So, many of our more recent successes have gone unnoticed.

What we can say, however, is that we have contributed to the disruption of numerous terrorist attacks overseas and in the UK. Working closely with MI5, GCHQ and the police, we helped to protect the London 2012 Olympics. Our work contributed to reaching an agreement with Libya to disband and destroy their Weapons of Mass Destruction (WMD) capability and the subsequent admission of inspectors to oversee this dismantling. British intelligence also enabled the disruption of the AQ Khan network, which was selling nuclear technologies to countries of concern.

As new threats to UK security continue to emerge around the world, SIS is playing a major role in safeguarding the country’s people and interests.